WHY  CHRISTIANS SHOULD CARE ABOUT CLIMATE CHANGE

We sometimes hear people ask, ‘What does climate change have to do with the Christian faith?’

To sum up, it is of prime concern to us as Christians as it’s an issue of justice.

Those who have seen Sir David Attenborough’s recent documentary 'Extinction: the Facts'‘ have felt angry both over the damage that we human beings continues to do to creation, and about the extreme and unfair impacts on those living in poverty, making life even harder for them.

This is a climate emergency the church cannot ignore.

Creation was made by Jesus, through Jesus and for Jesus. (Colossians 1:16). That’s a stunning declaration of our planet’s worth. This is a world of awe-inspiring beauty, a world that God has created teeming with life – full of diversity and abundance and colour.

The Bible shows that God, people and the natural world are deeply interconnected. If one aspect of those relationships is broken then everything will be impacted (see, for example, Amos 8). We don’t have to look very far to see evidence of this: racial injustice, gender inequality and environmental breakdown.

The climate crisis is wreaking havoc in our world, putting millions of lives at risk. It’s intensifying global threats such as extreme weather events, sea-level rise and melting glaciers. The overwhelming scientific consensus is that this is a human-made problem, driven by the burning of fossil fuels, releasing heat-trapping gases such as carbon dioxide.

Sadly, we are seeing the outworking of a global system built on greed and overconsumption – one that is fundamentally at odds with God’s original intention for the world. We’re reaping what we’ve sown.

They speak more of climate justice.

Any action to stop climate change must recognise that the poorest people in the world have been the worst affected by the crisis; they have also done the least to cause climate change. Vulnerable communities have been battling climate change and its impacts for decades.

This climate crisis hurts us all. But people living in poverty fight the worst of it every day. Climate breakdown impacts severely on people in poverty, affecting their health, access to food and security. As global temperatures rise, rains are becoming less reliable and droughts, floods and storms are becoming more frequent and extreme. For those who are already vulnerable, this is a life-threatening emergency that is pushing them further into poverty.

That the climate crisis is a justice issue is even more evident when we reflect on what it means that we’re made ‘in the image of God’ (Genesis 1:26–28).

Firstly, it speaks of the absolute equality between people. Acting justly means not only responding to the needs of our immediate communities, but also looking to our global neighbours living in countries that do not have the financial protection or healthcare that we do.

Secondly, being made in the image of God defines our relationship with the whole of creation. We are God’s representatives, created to serve and look after the rest of what he has made. As Christians and churches, we have a crucial role in calling for, and working towards, a world that allows everyone to flourish – one that enables us to live in harmony with the rest of creation. To turn this into reality, and to prevent further harm to our global neighbours, we must urgently tackle the climate crisis together.

As followers of Jesus, through whom all things were made, let’s be at the forefront of protecting and restoring his creation. The climate crisis is a huge and urgent challenge that requires all of us to play our part. Proverbs 31:9 says: 'Speak up and judge fairly; defend the rights of the poor and needy.’ We are called as Christians to stand up for justice, calling on those in positions of power to make decisions that protect the most vulnerable people and the Earth we all rely on. Let's keep standing together in prayer and action to see a breakthrough in the climate crisis.

Sometimes we can spiritualise matters to the extent that we treat the physical world as unimportant. To what extent is it true that the world and physical things matter to God and how does God show this?

God commissioned humanity in Genesis 1:28: 'Be fruitful and increase in number; fill the earth and subdue it. Rule over the fish in the sea and the birds in the sky and over every living creature that moves on the ground.' What is your understanding of the word radah (translated as ‘rule’) in this verse?

Read Leviticus 25:1 – 7. What do these verses tell us about sustainable stewardship of creation, and how does that relate to our care for other people?

We all depend on God’s creation – for the air we breathe, the water we drink, the food we eat. Yet, we often think that you have to be a certain type of person ('an environmentalist' or pejoratively referred to as 'a tree hugger') to care about the climate. What can you as an individual do to talk more about climate change, and some of the changes that you have made as a response?

Do you think that humans are very bad at recognising the risk or the threat posed by issues that we think are distant and far off? If we know that climate change is affecting people in Africa right now, do we take far less notice of it as doesn’t really matter in the UK?

What techniques could we employ to ensure that we are passionate enough about the climate emergency without being offensive?

What changes has your church already made, and what changes have you made as an individual, to reduce your carbon footprint? What else could you do at your church, to 'act in community' to help tackle climate change? Are there particular things that could be done to make your community aware that you are acting?

Lord, forgive us for the ways that we’ve made this problem worse.

We pray for leaders in governments and businesses around the world to take bold steps towards tackling this climate crisis.

Guide us in raising our voices on the issue of climate change to seek justice for all.

Show us the responsibilities we bear for this as individuals and families and show us how to live differently, to change our lifestyles and behaviour to bring justice to this situation. 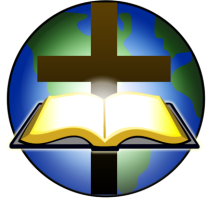