On a daily basis, we hear ‘facts’ about energy in the home. Many, however are myths masquerading as facts. You may hear them from a family member, friend or neighbour, who is uninformed about energy.

Here are some common myths on energy use and energy saving, given a reality check:

MYTH “You should leave the heating on all day, rather than turning it on and off”

REALITY You should avoid paying for heat you do not benefit from, as this is a form of waste. If you are out during the day, or in bed at night, you don’t need the heating on. Even on a low thermostat setting, the boiler will keep firing up and using energy (and costing you money) when it is not required. Ideally, central heating should be programmed using the timer so that it switches off when you are out or in bed, and switches back on to warm up the home about fifteen to twenty minutes before you get home. But even if you don’t wish to use a timer, switch off your heating when you don’t need it.

REALITY If you get home to a cold house, it’s tempting to whack up the thermostat to make your home warm up faster. But it won’t: the boiler works at the same constant speed regardless of whether a thermostat is set to 20C or 30C, so your home won't warm up any quicker. Indeed, later in the evening it will be sweltering - and lots of money being wasted - as the boiler keeps going beyond when the room is comfortable. It is best to set the thermostat to a sensible room temperature for you, usually between 18 and 21C, and then leave it at that.

REALITY You may dislike electric storage heaters; many householders do. But it is worth understanding the controls and ensuring you are on an off-peak electricity tariff. Storage heating is then the cheapest form of electric heating. Being clear on how these heaters charge up and how heat is released avoids (a) the heaters charging up too much and costing you to much money and (b) heat running out too early in the day. You can make these heaters work well for you.

MYTH “If I turn all the radiators down low, I’ll save money”

REALITY This will not happen unless you turn down the thermostat at the same time. If radiators are turned down low, but the thermostat is still set to 21C, the boiler will keep running until the room temperature reaches 21C – and this will take a long time with the radiators on low. So to save money – as long as a slightly cooler home stays comfortable – make sure you   turn down the thermostat, not just the radiators. The point of thermostatic radiator valves (the ones with numbered settings) is to allow different rooms to be set to different temperatures, and to avoid wasting money heating unused rooms too much.

REALITY If you live alone and are on a low income, it may seem better to sit next to a heater in one room, rather than turn the central heating on. But this is misleading. Electricity and bottled gas are far more expensive per unit than is mains gas. Electric fan heaters and portable gas fires are two of the worst energy guzzlers. If you use these for hours at a time, it is probably cheaper – and certainly affords a better quality of heat - to turn on the central heating and set radiators low in the rooms not being used.

REALITY Householders tend to focus on windows as the major problem because cold draughts from them are very noticeable. Double glazing is certainly much better at keeping heat in than single glazing. But heat loss from an uninsulated home is roughly 35% through the walls, 25% through the roof, and 10% through the windows. So getting the loft and walls insulated will make a much bigger difference, and is also likely to be far cheaper than double glazing. 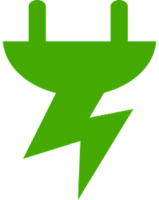 REALITY This is almost completely untrue. It doesn’t take any more electricity for a light bulb to turn itself back on. If it’s on, it’s using electricity, and if it’s off, it isn’t. Modern low-energy light bulbs do use a small amount of extra energy when you first turn them on, as do florescent strip lights. But with both of these, if you are leaving a room for any more than a couple of minutes, turning the light off will definitely save money.

MYTH “My clothes won’t get clean at 30C”

REALITY A lot of electricity is saved by washing clothes at a lower temperature. Modern washing powders work as well at 30C as they do at higher temperatures. A particularly stubborn stain should be tackled with a pre-wash stain remover, not by raising the wash cycle temperature.

MYTH “It’s not worth turning things off at the plug”

REALITY This is false for many appliances. Leaving TVs, broadband routers, set-top boxes, games consoles and other appliances on standby costs an average household £30 a year; if you have lots of devices, you may be paying much more. Some appliances cost up to £10 to keep on all year, others just a few pence; so it is worth being aware of the ‘zombie’ appliances which drain your money away, even when not in use.

Next time someone makes a claim about energy use and energy saving in the home, be sure to check it out.

Here is a blog on energy myths from one of the Big Six energy utilities:

A video on energy myths: